Not a portrait of the young man as an artist

As an Angeleno, let me assure you that the sound of car horns honking during rush hour isn't musical or artistic.  It's annoying when they have a good reason to be honking.  Think monster-sized nails on a chalkboard annoying. 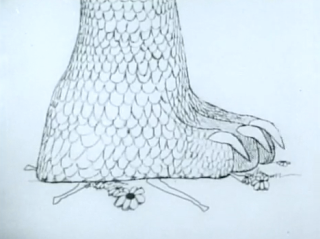 To have a thousand of them honking at nothing for five solid minutes?  REALLY. FUCKING. ANNOYING.

That didn't stop self-described (and no doubt, self-absorbed) "artist" and "professional troublemaker" Zefrey Throwell from doing just that.  Showing a total lack of regard for the millions of Southern Californians who are actually stuck with the unpleasant reality of this stressful environment five days a week and sometimes more, Throwell took it upon himself to "stage" a "symphony" that was anything but musical.


"Sitting in your car, in traffic, is generally an isolating experience,"says Throwell.  No really, genius?  You think?

Here's how unnecessary this was: The director of the group that sponsored it flaked out at the last minute because even she understood it was rude and irritating.


Shamim Monim directs Los Angeles Nomadic Division, the group that sponsored the symphony.  She came down with a case of honker’s guilt in stop-and-go traffic in Atwater Village.

"I’m missing it," she says, anxiously, sitting in the middle of rush hour.  "I’ve got to pause it.  I can’t honk at these people in front of me the whole time."

So much for supporting the "arts".

Throwell is in the throes of a grandiose world symphony tour (he says).  And for as pointless as it all was, Los Angeles may have actually gotten off easy, considering some of the earlier aspects of this work:


In the first movement, Throwell and about 75 friends descended on the Whitney Museum in New York to play on the anxieties of security guards.  The musicians wrestled in galleries, stripped naked in stairwells and swiped a painting.

That's not art.  Immature jackassery, yes.  The pitch for a crappy, self-indulgent reality show on MTV, perhaps.  A desperate cry for attention from Mommy and Daddy, sure.  Art, no.

I'm gonna let you in on a little secret: Just because you fancy yourself an "artist", that doesn't make you one, nor does using lofty, pretentious language to discuss your work elevate it to an art form.  When you can bring something to the world that improves it, makes it more beautiful, provokes thought in others, or even just entertains, then yes, you are probably artistic.  Making Southern California traffic more miserable than it already is?  You're these guys.

If this is the best you can do, maybe it's time to get over your precious self, accept reality and start studying accounting.  Making a racket and calling it a symphony (or art) doesn't change the fact that it's just good old-fashioned noise pollution.  It doesn't make you an artist, although it does make it abundantly clear that deep down inside, you know it but you really desperately wish you were one.   No wonder they call it "performance" art.  It's like an actor playing a role.  It's not real.

Since I'm in Hollywood, I may or may not have had these "performers" in the vicinity.  I wouldn't know because city traffic is already loud and irritating.  I hear car horns all day and night.  Hell, there's a really obnoxious horn honking as I type this and it's not even rush hour yet.  I can vouch that it doesn't sound very creative or artistic, nor does it cause me to reflect on how being in my car in traffic isolates me from my fellow man.  I figured that out years ago on my own, and you know how I did that?  By sitting in my car in traffic while some ragey idiot impotently laid on the horn and just made a crappy situation bug that much more.

This might have succeeded to a certain degree if he'd done it flash mob style, instead of with random cars spread out all over the Southland.  People in the vicinity would have at least known there was some sort of performance going on.  But instead it's a great example of the difference between people who really are creatively and artistically gifted and...Zefrey Throwell.

One last thing - I know it looks like I ran wild with the quote marks in this post.  I could have used a lot more.  That's how ridiculous I think this stuff is.  I actually used a lot of restraint with the quotey marks.  "Artist" my ass.