The sparse non-food related book haul from this year's FOB:

Los Angeles Noir ($15.95 from Sisters in Crime) and Los Angeles Noir 2: The Classics ($15.95 at Mysterious Galaxy Bookstore), both edited by Denise Hamilton
I'm not sure how I don't already own these two books, but that situation was rectified on Sunday. The first installment features short stories that take place in locales from San Marino to Hollywood to Pacific Palisades to Belmont Shore, with a number of stops in between. Contributors include Michael Connelly and editor Denise Hamilton. Bonus: Hamilton was at the Mysterious Galaxy booth and autographed the book for me (To Melinda - Enjoy these dark tales). The second installment features short stories from such greats as Raymond Chandler, James M. Cain, Walter Mosley, Ross Mcdonald and James Ellroy.

How To Steal Like an Artist: 10 Things Nobody Told You About Being Creative by Austin Kleon ($10.95 at Book Soup)
I've always been fascinated by the fine line between homage and plagiarism. This little book takes the approach that "nothing is original" and that's it's okay to be inspired by the works of others. It includes other nuggets of inspiration to give your creativity a boost, while also stressing the importance of having a well-rounded personal life as well as an artistic one. 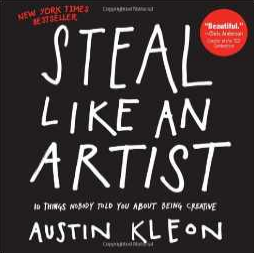 My final purchase was a $3 book of crossword puzzles from the Bargain Book Warehouse. Plus, I also got the obligatory annual commemorative FOB mug and refrigerator magnet. After that, I gave my credit card a few days off to recover from its exhausting weekend.

This was my third consecutive FOB I've attended, and it was a big improvement over last year, mainly because the weather cooperated, unlike last year when it was scorching hot.

And the USC campus is as beautiful as ever: 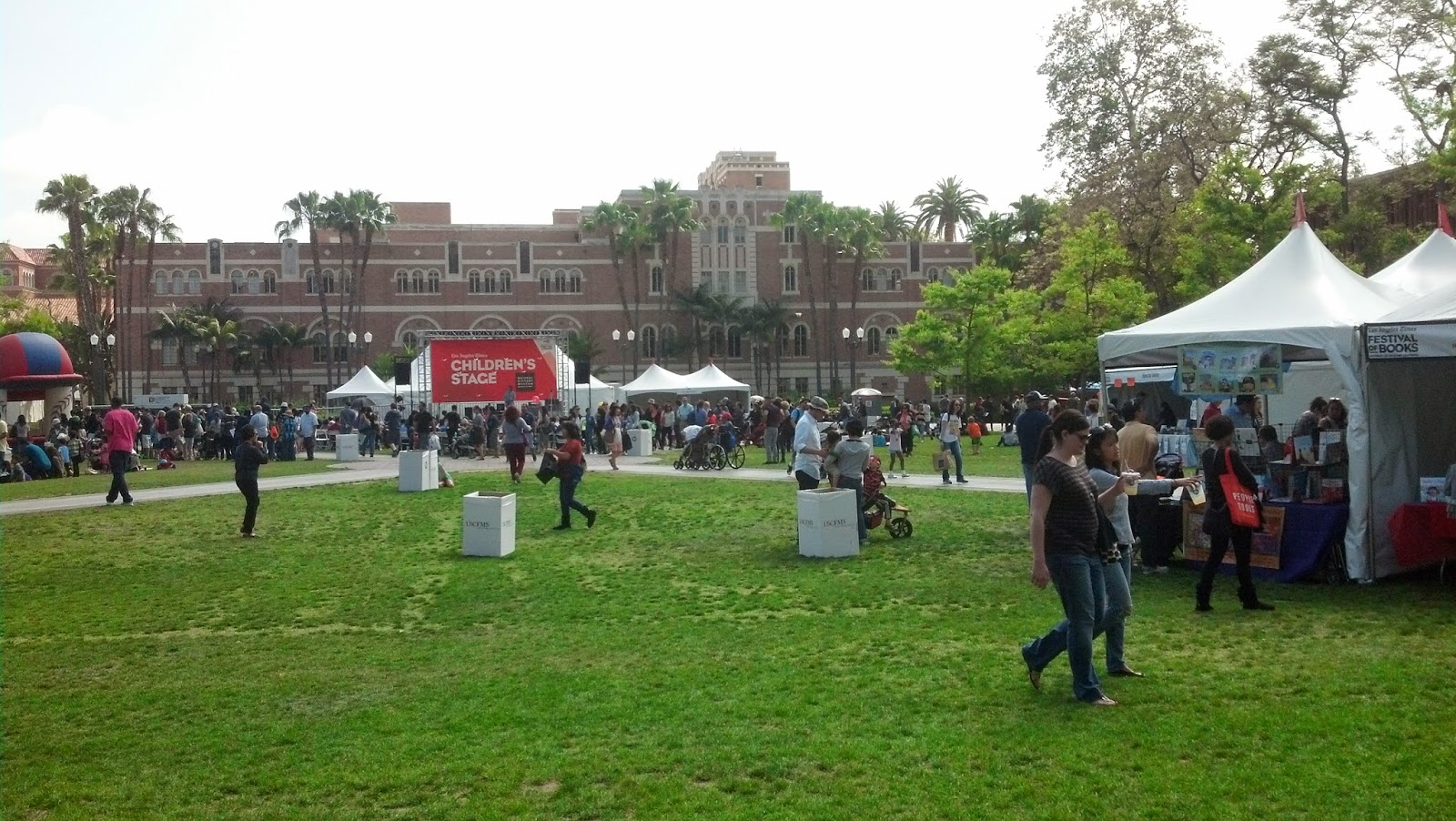