The 2014 L.A. Times Festival of Books - Cookbooks and the Cooking Stage

Now that I've had a few days to recover from the Festival of Books it's time to review my FOB purchases. Let's just say I went in hoping to show some restraint and failed miserably. Here's this year's haul, beginning with books by two chefs who made appearances on the festivals' Cooking Stage: 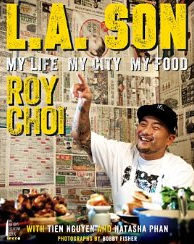 L.A. native and food truck maestro Roy Choi was interviewed by Pulitzer-winning food critic Jonathan Gold of the L.A. Times. Some highlights:
Choi is colorful and passionate not only about his food, but also about his diverse, fascinating city. It was an impressive and inspiring interview. Ye stirred and may have rekindled a love of L.A. that has been falling away for me the past couple of years. His book is a combination autobiography, cookbook and celebration. I'm only partway through it, but recommend it highly.

Taming the Feast: Ben Ford's Field Guide to Adventurous Cooking by Ben Ford and Carolynn Carreno ($34.99 at Book Soup)
Ford demo'd a couple of the recipes from his book (Bacon-Wrapped Quail with Pickled Jalapeno Stuffing which he served on Cornbread and Sausage Dressing). The demo was followed by a book signing. Some highlights: 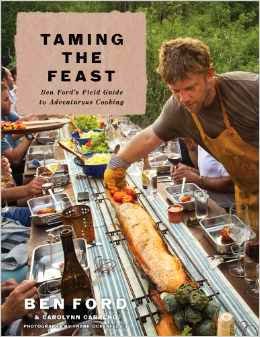 Taming the Feast is a 280 page behemoth, a coffee-table book among cookbooks, but worth every penny (and will be a lot cheaper on Amazon when it's released to the public on May 6). Each section features a large-scale feast with a preparation timeline, a smaller home version (the "tamed feast) and uses for leftovers. Influenced by his father Harrison Ford, who worked as a carpenter before Star Wars made him a movie star, the book also includes instructions and illustrations for a number of DIY projects including building a roasting shed, cinder block grilling pit and clambake barrel. Ford's is a hands-on approach to food and its preparation as a passionate family and community experience.

While Chef Ford was relaxed and chatty onstage, he was decidedly reticent one-on-one, so no, we didn't have a conversation about me being in culinary school. I'm not terribly outgoing myself, so it wasn't like I was going to initiate the conversation, plus it seemed like they wanted the signing line to move quickly, so I got my book signed and moved on. Still thrilling.

The Little Paris Kitchen: 120 Simple but Classic French Recipes by Rachel Khoo. ($10 at Bargain Book Warehouse)
I'd caught Rachel's show The Little Paris Kitchen on The Cooking Channel recently and fell in love. I had no idea there was a corresponding cookbook. Rachel is from London, but fell in love with French food and life during a trip to Paris. She moved to Paris and enrolled at Le Cordon Bleu. The book is an extension of the simple but elegant approach showcased on Rachel's show. 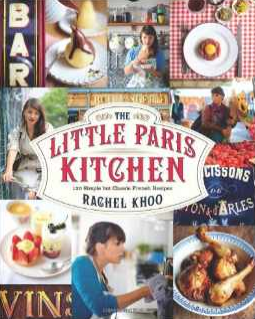 Cake Couture: Modern Sugar-craft for the Stylish Baker by Annie Dam ($5 at the $10 or Less Bookstore)
Photograph-laden (which I love in a cookbook) with lots of instruction on technique, as well as recipes. I may decorate a decent looking cake yet. 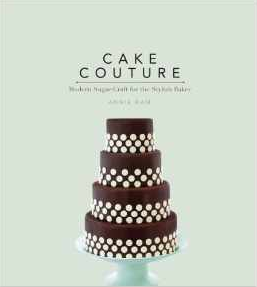 Chefs on the Farm: Recipes and Inspiration from the Quillisascut Farm School of the Domestic Arts by Shannon Borg and Lora Lea Misterly ($5 at the $10 or Less Bookstore)
In addition to having as many photographs as possible crammed in, I'm also a big fan of storytelling in cookbooks.  Chefs on the Farm is broken into sections of seasonal foods, the importance of which has been pounded into us in cooking school. 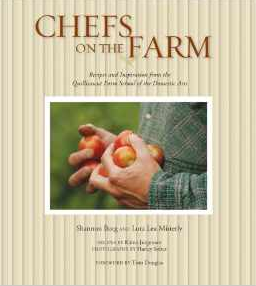 Ice Cream Treats: Easy Ways to Transform Your Favorite Ice Cream Into Spectacular Desserts by Charity Ferreira ($5 at the $10 or Less Bookstore)
Just what it says: an array of ice cream treats including drinks, sundaes, parfaits, sandwiches, cakes, pies, sauces and toppings, along with home made ice creams. Bonus points for the sundaes combination charts. 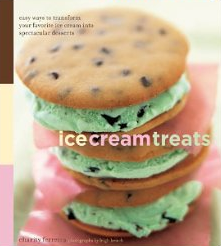 Sicily by Editors of Phaedon ($10 at the $10 or Less Bookstore)
We recently covered Italian and French regional cooking in school. In both countries food varies from region to region depending on local weather, soil and resources, so I've been on the lookout for cookbooks addressing this.

The Country Cooking of Italy by Colman Andrews (with a forward by Mario Batali) ($15 at the Bargain Book Warehouse
The cover may look stuffy, dated and kind of boring, but this is a huge, hardcover book that comes out of the gate with a colorful, beautifully illustrated map of Italy's regions and the foods that define them. Lots of pics of Italy and its foods, past and present. Covers antipasto, soups, pastas, seafood, poultry, rabbit, pork, lamb, goat, game, produce, desserts and so much more. I'm really looking forward to diving into this one. 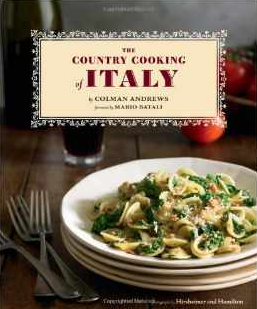 Food Lovers' Guide to Los Angeles: The Best Restaurants, Markets and Local Culinary Offerings by Cathy Chaplin ($16.95 from Book Soup)
Usually when you see these types of guides at a discount vendor, you can count on it to be outdated or at least not the latest edition, but this is a 2014 1st edition so I grabbed it. Covers the San Gabriel Valley to the coasts and everything in between. Also includes recipes from local eateries including Border Grill, Good Girl Dinette, Mo-Chica's, M.B. Post, Kogi and more. This will come in handy when I graduate and can start checking out local places when I'm no longer being stuffed daily at school.

Lemonade and Iced Tea by Fred Thompson ($5 each at the the Bargain Book Warehouse)
Each of these contain 50 recipes for enjoying these two refreshing drinks in a variety of ways, including the basics, lots of different fruit combinations and some adult beverage options. The books are small but colorful and packed.

Sweet on Texas by Denise Gee ($7 at the Bargain Book Warehouse)
I found this one late in the day on Sunday when I was really trying not to buy any more books. I made the mistake of flipping through it and couldn't pass it up. In addition to big, glorious pictures for almost every single recipe, it contains such intriguing treats as Deep-Fried Coca-Cola, Margarita Snow Cones, Gingerbread Pancakes, Ancho-Choco Truffles, Sweet Pineapple Tamales with Cointreau Cream, Hatch Chile and Avocado Ice Cream, and Cherry Dr. Pepper Cupcakes. 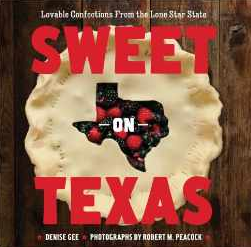 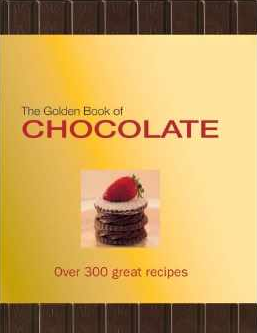 The Complete Idiot's Guide to Wine & Food Pairing by Jaclyn Stuart and Jeanette Hurt ($5 at the $10 or Less Bookstore)
Because this isn't my strong suit.

Knife Skills by Marcus Wareing, Shaun Hill, Charlie Trotter, Lyn Hall ($4 at the Bargain Book Warehouse)
Because I need to work on my knife skills. This small book contains a ton of information on different types of knives and other cutting accessories, knife care and how to cut a variety of food items, including fruits, vegetables, meat and dough. Lots of pictures demonstrating techniques that will come in very, very handy. 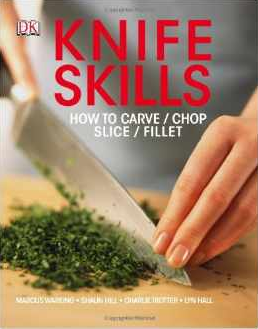 I actually managed to buy a few books that weren't food related. Next post...