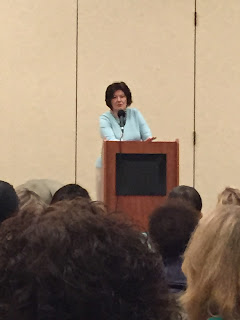 First off, Holly West turned out to be the winning bidder for the Maltese Falcon. She paid $200 and brought it to the panel with her. I was jealous. 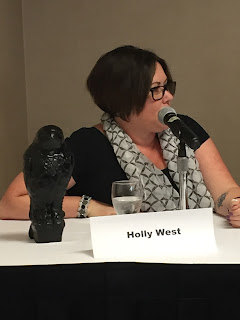 Lots of great advice from this panel:

"Putting Your Blog to Work"
Mar Preston (moderator), Sybil Johnson, Patricia Smiley, S.W. Lauden
That was the end of the day and my first California Crime Writers Conference. It was a great conference and I look forward to the next one in 2017.