Pie Camp and Bread Camp at The Gourmandise School

A few weeks ago I had the great fun and good fortune to attend a pie camp that was co-taught by Evan Kleinman, host of KCRW's Good Food. Evan taught two of the four days, while Gourmandise School owner Clemence Gossett handled the other two days. All four days were a blast and totally solved my ongoing problems with pie crusts, especially the edges. When I was in culinary school we blew through pies (and baking in general) pretty quickly, so it was fun and extremely helpful to immerse myself in it. I highly recommend it if they do it again.

During the four days, we made countless crusts as well as:

It was a lot of good food. A lot of it went to a friend who lives down the hall from me and The Brother's office. Everyone seemed to love all the goodies. I made sure at least taste everything, but I couldn't have it hanging around in the apartment. I had just started Weight Watchers a couple weeks earlier, because I'm a genius. Actually, I'd signed up for the class a few months ago, so the timing wasn't anything I could do anything about. Also, I still lost weight that week :)


One of the things I really, really like about this school is how they de-mystify things. I also took a bread class with them the week prior, and totally got over my intimidation of all things requiring rising and proofing. I've also taken a couple of recreational classes here in the past and they've never disappointed, in fact I've got a few more with them between now and the end of the year. If you can't get to the school and would like to avail yourself of Evan's pie expertise, there is a link on her site to a Craftsy online class she did (and even better, it's only $20).

Check it out (click on pics to see bigger versions - there's so many I didn't want this post to take over the blog): 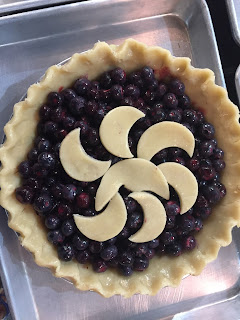 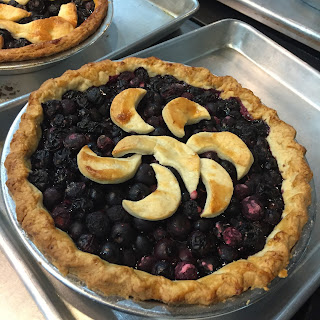 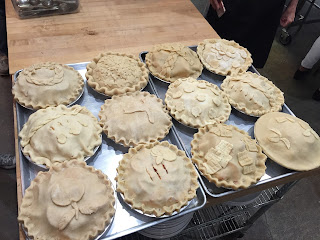