Is "The Keepers" our next national viewing obsession? 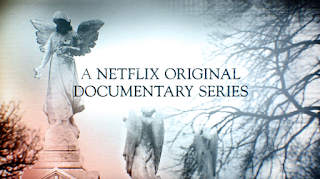 So apparently if you liked Making a Murderer, you're going to love The Keepers.

The newest true crime series from Netflix doesn't debut until May 19, but you can watch the riveting trailer now.

According to the article, Sister Cathy was a nun murdered in Baltimore in 1969, and her murder was never solved. Twenty-five years later a woman came forward and claimed she had been sexually assaulted by a local priest around the time of Sister Cathy's death, and furthermore that she had confided in the nun. The inference was that Sister was killed to keep her from exposing the priest.

The Keepers follows a pair of amateur detectives as they investigate the case. And if you aren't hooked yet, watch the trailer. Trust me. I've already marked May 19 on my calendar.