Gotta admit, I'm pulling for the Vegas Golden Knights to do well this season. They and their fans deserve it.

Their Twitter account has been loads of fun since it was launched and the Vegas Golden Knights, the NHL's newest franchise, has shown itself to be a first class organization at every turn. Last week they had players delivering season tickets and jerseys to season ticket holders. This is just another example: Golden Knights Inscribe Names of Season Ticket Members in Ice.

Pics snicked from the article: 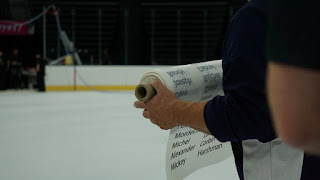 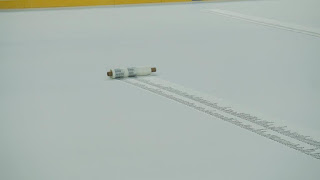 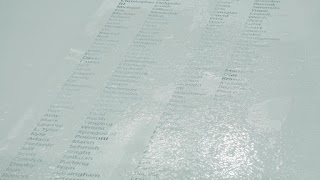 This is a very cool nod to their fans. Check out the article, it has video of the process.

I can see hockey here in Southern California, but when I'm in Vegas, I think I'm going to have to add a Golden Knights game to the to-do list. Well done, guys.