The Brother and I did the Monrovia Historic Home Tour yesterday and we had a blast.

The theme this year was the town's first homes, all built in 1887 except for one that was built in 1884. All were various types of Victorians, and although initially I was disappointed that there weren't any Craftsmans this year, we learned from a docent that the ornate Victorians were what was in style in the late 1880's. The more streamlined Craftsmans wouldn't come into style until years later, which explained their absence this year due to the theme.

In the end it didn't really matter. The houses were beautiful and the care taken by their current and previous owners to adhere to the historic architecture and even rehabbing the houses when necessary was evident in every room.

The highlight for us was the last house we hit on the tour, the beautiful Victorian known as Idlewild, which just happens to be for sale. It was also the only multi-level home where we weren't allowed upstairs, which was disappointing, plus I wasn't overwhelmed by the kitchen, but the rest of it was impressive as hell. The entryway is gorgeous and the wooden arch between the living room and dining room was absolutely stunning (the picture on the listing doesn't do it justice). I think The Brother was still kind of meh about it until we got outside and were directed to the wine cellar, which is only accessible from the side yard. I think that sold it for him. Probably a good thing he doesn't have a spare $1.7 million laying around. They also wisely didn't have any actual wine in there so we didn't have to fight off the temptation to make off with a souvenir.

Overall, even without a Craftsman, we had a great time. The weather cooperated and none of the houses were terribly crowded. We topped it off with dinner at North Woods, which never disappoints. All in all, just a great day. 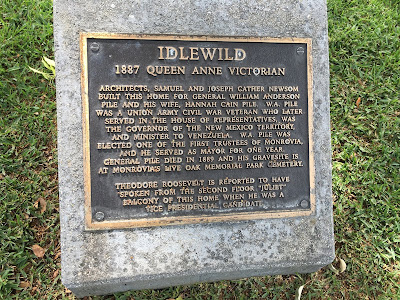