Woke up to the news that Monty Python's Terry Jones has passed away. He was 77 years old.

My Mom turned me on to Python back when I was a teen and they were still pretty new to the States, their show having just recently begun airing on PBS, and I've been a huge fan ever since. I even got to see them live back in the 80's at the Hollywood Bowl. I still have the program and I've always thought of that show as kind of a bookend to my Mom seeing the Beatles at the Bowl.

I know I should be quoting Python (John Cleese's Dead Parrot rant comes to mind) to describe Jones's departure from this earth, but I just can't bring myself to do it. The man was a comic genius and the world is a poorer place without someone like him in it.

His death wasn't a huge surprise - he was diagnosed with dementia in 2015 and Michael Palin periodically updated fans online about his visits to Jones and his deteriorating state. But it's still hard news to digest.

Jones was remembered on Twitter this morning by his surviving fellow Pythons: 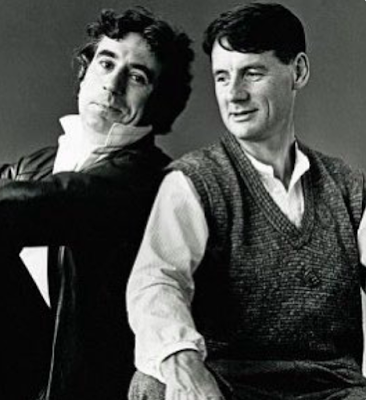 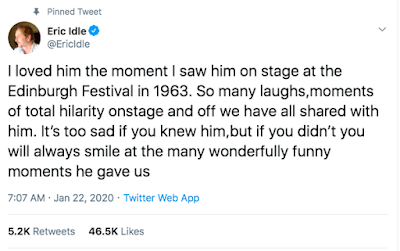 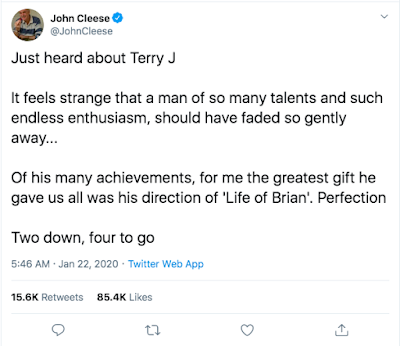 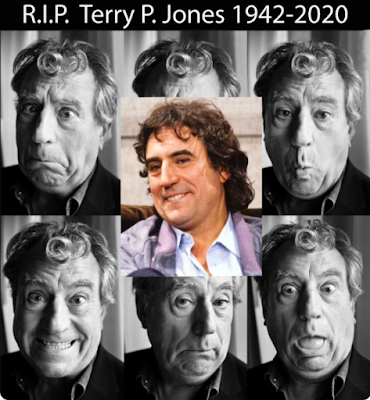 I wish I could think of something clever to say to remember him by, but I guess I'll have to settle for busting out the DVDs and spending the next few days basking in the genius of Monty Python. RIP Mr. Jones and thank you for sharing your comic gifts with the rest of us.

Posted by Melinda at 11:18 AM
Labels: Film, LOL, Television