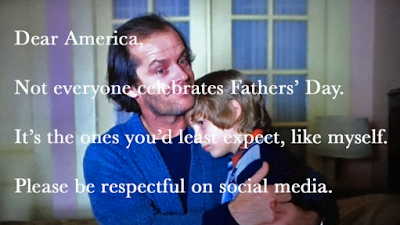 Okay, so you either have lost your father (welcome to the club) or have/had an awful relationship with him. We get it. The final line is what I take issue with.

It seems like nowadays on every holiday there's some of self-righteous sort who wants everyone to suffer with them. That because they aren't celebrating this particular moment, no one else should either. That's the part I have a problem with. Father's Day is a day to celebrate dads. It isn't about someone's personal drama.

It's also not about being "respectful" on social media or anywhere else. The world isn't here to cater to anyone. If you don't want to see other people enjoying life, maybe you're the one who should take the day off. If it bothers you that much, stay off social media for 24 hours. You can do it.

I have many memories of my Dad. Some of the less than great ones are because of how my sister disrespected his memory and final wishes in the days, weeks, months after he passed away. And after doing that, in the years that followed, she would post things on social media that made it sound like they had this awesome relationship, like she hadn't shit all over his memory and family after he was dead and gone. This is the same person of whom my Dad once said, "I know she doesn't really love me. I only hear from her because I have money." And he was right. That's not the point. The point is that she continued to use him to build herself up even in death. It was sick.

But I'm starting to ramble here. My point is that I have some bad memories to go with the good. But even if that made me dread Father's Day, it would never occur to me to demand that everyone else suffer with me, that they shouldn't enjoy it. Because I'm not a special snowflake that thinks the world revolves around me. Because I'm not the kind of person who would even think of making the sort of statement made in this Post Secret.

So if you've still got your dad, or you have a great relationship with him, go ahead and celebrate! It's his day, but do it for both of you. Do it on or off social media, whatever works for you. It may be just another Sunday for some of us, but I hope the rest of you have a great day. 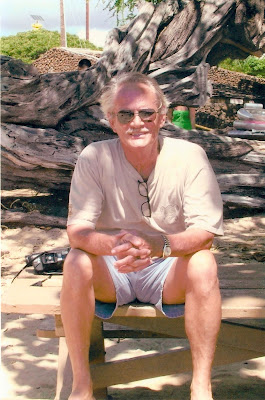