A most unusual movie premiere 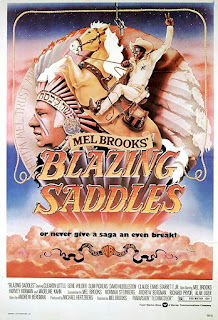 In all my years as a huge fan of Blazing Saddles, of Hollywood history, and of living in Hollywood just over the hill from Burbank, I had never heard the story of its very creative world premiere.

Until now, thanks to this post that popped up on my Facebook feed: Blazing Saddles had its premiere in 1974 at the Pickwick Drive-In in Burbank, where attendees viewed the film on horseback.

The drive-in was demolished in 1989 and replaced with a shopping center. Per this article, it was once a popular filming location due to its proximity to Burbank studios including Warner Bros., which produced Blazing Saddles. Unfortunately, it eventually became a victim of low attendance.

You can get a lot more history from this Los Angeles Theatres blog post, along with a bunch of photos of the theater from over the years.

I'm still boggled that this is the first I've ever heard of this story.