I'm not sure how I feel about this 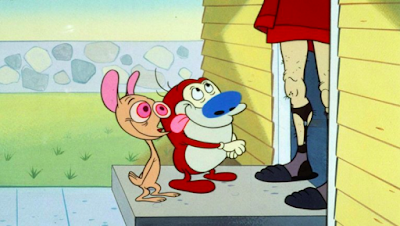 Obviously it will be done without problematic creator John Kricfalusi. Even during the original run, years before the recent harassment accusations, Kricfalusi had run afoul of Nickelodeon and was fired from his show. It's also no secret that the show was considered to have gone downhill after the departure of the difficult but brilliant John K. More concerning is that according to this lively conversation, Bob Camp (who was part of the team from day one and took over for Kricfalusi) will also not be involved. Longtime fans (including me) are understandably skeptical, but maybe we'll get lucky and the new show will live up to our high expectations.

The same article includes news of new Beavis & Butt-Head episodes, which I had not heard about. I'm not concerned about that one - there was a one season revival about ten years ago that was really good, so I'm looking forward to more of this show.

The Ren & Stimpy revival is going to be the big question mark. I guess we'll see how it goes.

Posted by Melinda at 10:36 AM
Labels: Animation, LOL, Television