My first thought was to include this in the month-end Words of Wisdom post as a joke. Except that when you consider what's at stake, it just isn't funny.

More than two months after his inauguration (a longer wait than any other president) Joe Biden finally deigned to hold a press conference. I can see why his handlers didn't want him out there. Here's a quote from his first press conference:

I'm still trying to wrap my head around the idea that there are people who actually believe that the senile guy who couldn't draw 100 people to his "rallies" got more votes than any previous presidential candidate, including Barack Obama. Riiiiiight. And just to make this even better, his successor (because there's no way this poor guy makes it through his term - elder abuse, anyone?) is a candidate who had to drop out of the Presidential race while polling at only three percent support from her own party.

Biden also stated that he is unifying the country (when many people would agree we've never been more at odds) and that he entered the Senate 120 years ago. Let's be honest, Trump would have been eviscerated if he'd made these kind of bumbling comments, and rightly so. So it's equally non-amusing seeing how certain media outlets are twisting themselves like manic pretzels trying to portray this press conference in a not just positive, but triumphant light. It's not like anyone takes them seriously for news anymore, but still, come on guys. Who are we supposed to believe - the media, or our lying eyes and ears. I even saw a headline yesterday that described Biden as sailing through the press conference. If this was sailing then the Titanic's maiden voyage was a resounding success.

This is just so sad. This country deserves so much better. Like this guy. 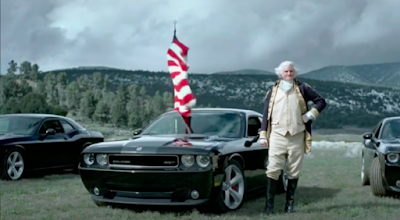 Posted by Melinda at 9:16 AM
Labels: Famous Idiots, In the News, Jerks, Media, Rants, State of the Union, Stranger Than Fiction, Television, Words of Wisdom