My beloved Sophie is fifteen years old and will be sixteen in September. So she's old. There's no avoiding that fact. 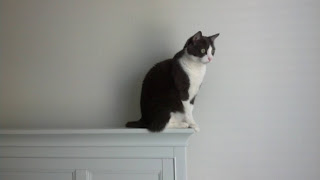 Other than multiple dental surgeries over the years her health has always been good. No issues except the toofies. Until recently. 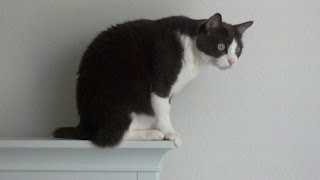 Last November Sophie went in for her annual exam and her blood test came back less than ideal. I was told that based on the results they expected her to develop chronic kidney disease within the next year or so. 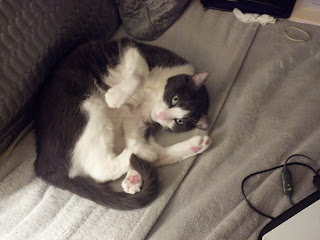 Chronic kidney disease in cats isn't something that is treated so that it can be conquered. It's basically an old age disease and not a disease in the sense that it's something to be recovered from. The vet at my old place gave me some cat food designed for cats suffering from kidney issues, but of course Sophie wouldn't touch it. Other than that there was nothing to do except do another blood test in six months and see how much her situation had progressed.

Six months arrived last month and having moved in the interim I took Sophie back to her old vet here at the beach. I expected her results to be negligible compared to her last blood test since she seemed fine. I was sorely disappointed. 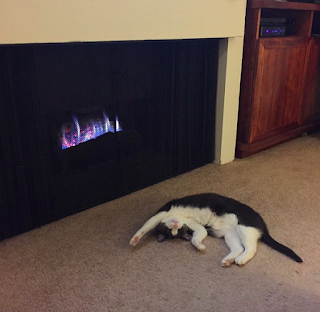 There's a certain reading that I don't really understand, but I understand the numbers assigned to it. And that number went from 29 late last year to 38 in May. It jumped that much in six months. And 36 is the high end of normal. As our wonderful vet kindly explained, Sophie has "drifted" over the line to abnormal. So even though he couched it gently, the truth is that she's officially ill. 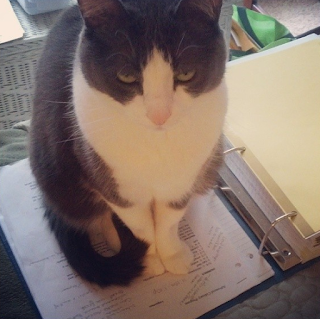 She isn't acting any differently. I know that cats are skilled at hiding discomfort, so by the time they actually show pain they've probably been suffering for a while, but at least at this point she seems to still be enjoying life as usual. On the surface nothing has changed. She still acts like she's starving all the time, sleeps for hours on my pillow if I'm in the bedroom and in front of the fireplace if I'm not. She still has her favorite chair for when she isn't napping on my pillow or by the fireplace. She still loves to chase the red dot. 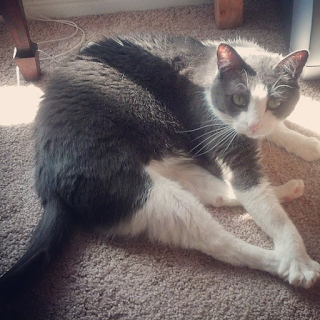 I also know that between her age and diagnosis, Sophie is officially in the homestretch of her time on this earth. The good news is that there's a new brand of cat food designed for kidney issues that she's sort of deigning to eat when I mix it with her regular food, so we've got that going for us. What I don't have any idea of is how much time she has left. But I'm going to enjoy her company for as long as that time might last.

It's crazy that it's been almost fifteen years since our paths crossed at the Burbank Animal Shelter. It certainly doesn't seem that long. Time has a way of escaping me, I'm terrible at managing it. 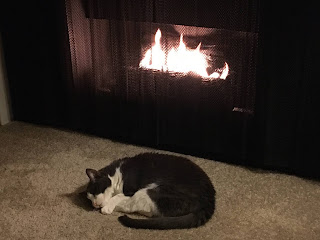