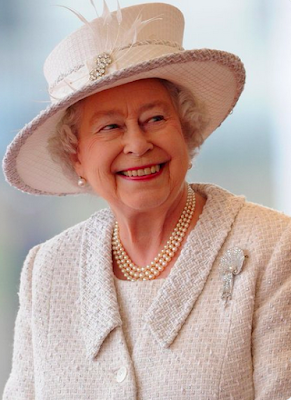 "Those who serve will be loved and remembered when those who cling to power and privileges are long forgotten."
Justin Welby, Archbishop of Canterbury 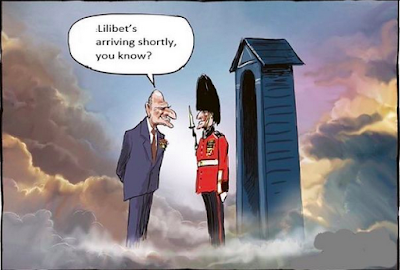 Her Majesty Queen Elizabeth II has been laid to rest at Windsor Castle with her beloved husband Prince Philip, and along with the rest of her family: her parents King George and Queen Elizabeth (The Queen Mum) and her sister Princess Margaret. 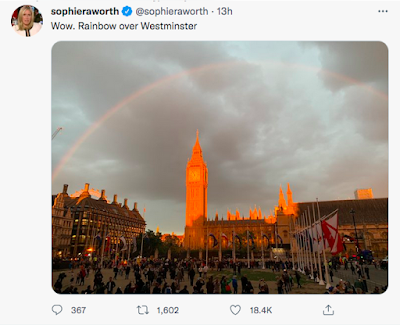 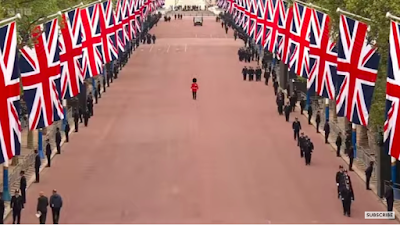 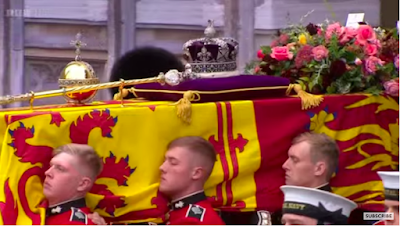 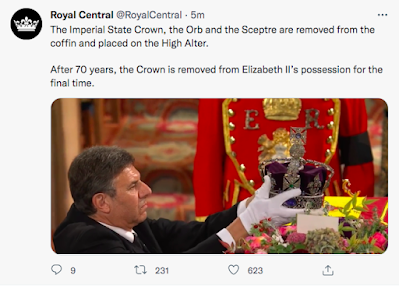 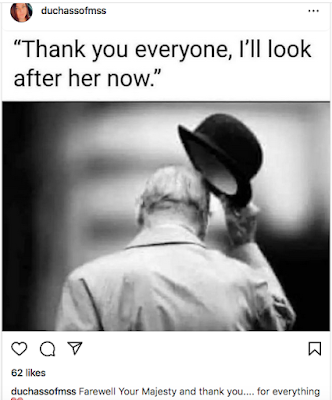 The BBC's closing monologue to their coverage of the Queen's funeral (and also their non-stop coverage since having to announce her death on September 8) delivered beautifully by Kirsty Young:

What a momentous day it's been, from the might of the military parades and the splendor of Westminster Abbey, to that hushed intimacy of St. George's Chapel in Windsor. It's often felt in recent days that a veil of sorrow has covered the nation, but the Queen's funeral has surely exemplified her reign. She unified us in one final act of togetherness, unifying the United Kingdom and indeed the world beyond in respect, ceremony, and significance.
As a very young woman she famously said her whole life, whether it be long or short, would be devoted to our service; well, never was a person truer to their word and today we have come together, many of us with tears in our eyes, but all of us with an abiding warmth in our hearts for all that she gave.
Just over three months ago the world - and a certain little bear - said, "Thank you for everything," and the Queen looked as though she thoroughly enjoyed the occasion. We will surely be ever grateful to have had that final opportunity to celebrate with Her Majesty her remarkable long reign. If, as she once said, "Grief is the price we pay for love," then the weight of our collective sorrow is testament to the depth of affection in which she is held.
She made history, she was history. Queen Elizabeth II is gone, but she will surely never be forgotten.
You can watch it on this thread on Twitter. 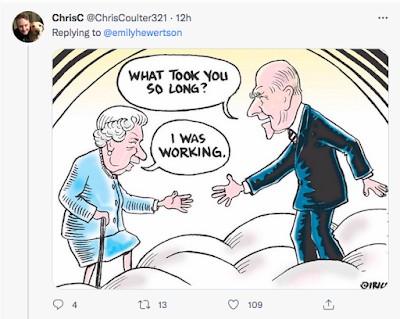 Posted by Melinda at 10:27 AM
Labels: Faith, In the News, Media, Words of Wisdom