Last Sunday I took Mom to the annual Monrovia Historic Homes Tour. We'd been a number of times back before she moved out of state for a few years, but we hadn't been back to see the beautifully restored homes since then.

The tour used to be on Mother's Day, but this year the Monrovia Historic Preservation Group decided to move it to the first Sunday in May. The weather cooperated - it was a beautiful, cool day.

I didn't get a lot of pictures as interior photography was prohibited. You can see some interior shots on their site here.

We stopped at the Monrovia Historical Museum first. They had some items for sale and I picked up an old menu from The Derby Restaurant in Arcadia. I'm going to have to do some research on it, but it might be an original. The Bacon-Wrapped Filet dinner is a mind-boggling $2.75.

Part of the museum is dedicated to law enforcement in the town over the years. I just loved this part of the exhibit:


The houses we visited were all beautiful. We hit a couple of Craftsmans, a Tudor and the Upton Sinclair House, which, while officially a Spanish Colonial Revival, defies description. We were so boggled by the Sinclair House that we completely blanked on visiting the last house.

And of course, the Upton Sinclair House: 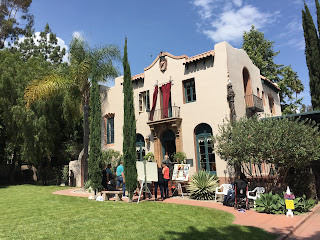 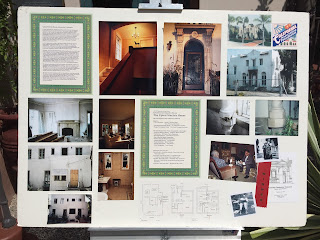 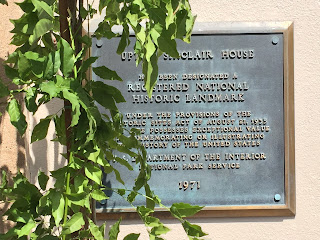 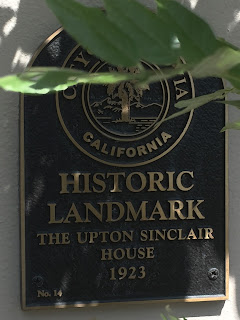 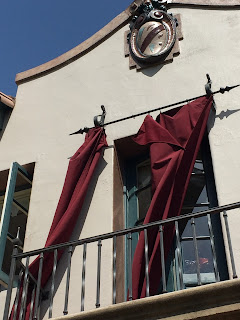 The house is unusual in that the walls and floors are cement. The owner has done an unbelievable job decorating and furnishing. She has done things that don't sound like they would work, but they do. For example, she painted the walls gray. And just for fun, when the light hits them a certain way, they take on a lavender hue. My Mom kept wondering if the owner was an interior decorator or set decorator, and the place does look like something out of a movie. I snagged a couple of pictures of the interior from the preservation group's website: 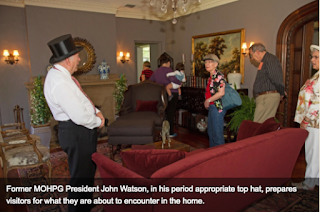 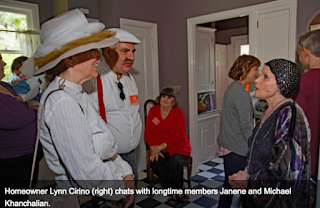 They still don't do the place justice. Despite the color of the walls, the place was very bright. I told my Mom if I lived in a place like that, I'd never leave my home. We just couldn't get over it.

Originally built in 1923, the house was the home of writer Upton Sinclair from 1942 until 1966. The house was damaged in a 1991 earthquake, shifting off its foundation and suffering cracks to the walls and ceilings. The then owners wanted to demolish the house, which led to a battle between them and preservationists that lasted several years. The owners finally accepted an insurance settlement and gave up the house. The subsequent owner repaired the home by adding to the foundation where the house had come off of it. The current owner bought it about four years ago.

If you've never taken the tour, I highly recommend it if you have any interest in historic California architecture. Next year's tour is May 7, 2017.