Auto Club, you're the best 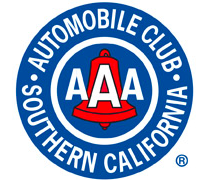 So after doing some shopping at my local Costco today, I grabbed lunch and ate in my car while listening to the radio and checking email. It's something I do often. The only difference today was when I was done and turned the key...nothing happened.

Well something happened - the car made clicking sounds. What it didn't do was make starting sounds and I realized that my battery was probably about five years old. The car hadn't previously given any sign that the battery power was waning and I just hadn't thought of it.

Luckily I feel pretty safe in a Costco parking lot, plus I have Auto Club. I've been through this before - the now-dead battery had been installed by Auto Club in the parking lot of a salon after it quit without warning (apparently a Solara thing) while I was taking my Mom around to run errands.

I've had Auto Club forever and they've always been reliable, and the guys who come out to save the day are unfailingly nice. So thank you Auto Club and to Hilario, who arrived and installed the new battery so quickly it made my head spin.

According to my phone I called Auto Club at 3:34pm. Hilario drove away - having arrived in record time, tested the old battery to confirm it was DOA, installed the new battery, and processed my payment - at exactly 4:00pm. So from the time I realized my battery was no more to the time it was all taken care of was all of a half hour. It was probably the most stress-free car trouble I've ever had.

As I told my brother, my annual membership payment is the one bill I never mind paying. If you only have one incident per year, it still pays for itself. And they couldn't make it easier - you call and they take care of everything. And everyone is always so incredibly nice.

I'm always quick to bitch when I receive poor service and there are times when customer service seems to be a lost art. So I wanted to give props to Auto Club and the wonderful people who work for them. If you don't have an Auto Club membership you need to get one right now. It's one of the best investments you'll ever make.

Posted by Melinda at 6:39 PM Labels: I Customer