Four down, five to go

This popped up on my Facebook feed the other day, and boy did it hit home: 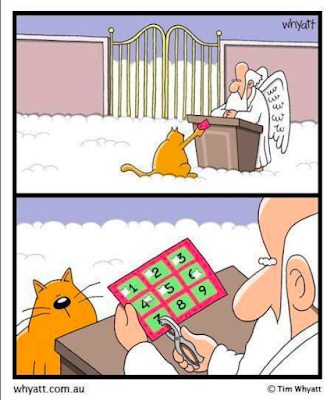 There have been four occasions when I was sure Sophie was about to shuffle off to Kitty Heaven:
And (knock on wood) she's been doing great ever since. I know her kidneys are crap at this point, but as long as she's acting like herself and not in distress or pain, I'll just enjoy her company.
Posted by Melinda at 4:57 PM
Labels: Cats, Sophie